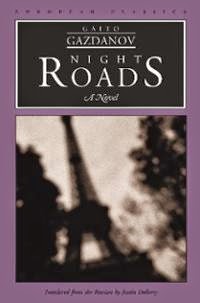 We know little about the main character in this book. His name, for example, we do not know. We do know he is a Russian immigrant in Paris and he fought in Russia during the civil war against the Red army. We also find out he was in love with a woman he could not have, but we do not know who she was. After some travelling he ended up in Paris where he worked as a laborer and was a student, and now he drives a taxi during the nighttime.


As a taxi driver he meets all kinds of people, alcoholics, immigrants, prostitutes, vagabonds and the rich. Some people he meets regularly, like the alcoholic philosopher Plato or the former courtesan Jeanne Raldi, who once had connections in the highest circles, but who died alone in a little hotel room.


The main character sees these people and speaks with them. And although he does not want to get involved, they reach out to him and he gets mixed up in their lives.


Gaito Gazdanov used his own memories and experiences as a Russian immigrant in Paris, just like he did in his other books. Night Roads is not as beautiful as Alexander Wolf, I think, but that does not mean Night roads is not good. That is just because I absolutely loved Alexander Wolf.


If you like a plot and a story that goes somewhere, Night roads is not the book for you. But if you like observations, a sharp eye for people and situations and a beautiful mixture of bitterness, sadness and hilarious conversations there is much to enjoy in Night roads.
A very interesting book.