December 03, 2014
Last year I read a book about a Russian field of honour here in The Netherlands. I never knew we had such a place, but the book was very interesting. The man who wrote it, devotes his life and work to finding the names and the family of the Russian soldiers buried here.


Russia did not take part in the liberation of The Netherlands in WWII. Still we can say we could not have been liberated without the Russians. Most of the war was fought in Russia and almost 27 million Russians died.


Russian soldiers who were captured by the Germans were sent into prison camps and they were in a difficult situation. They were treated more harshly than other prisoners because the Nazi’s thought them to be Untermenschen and also Stalin refused the Red Cross to give parcels to the Russians (he blamed them for being prisoner).


The Nazi’s brought a group of Russian soldiers to The Netherlands to show the Dutch what animals these people were. They wanted to scare the Dutch for the communists and hoped it would make the Dutch embrace the Nazi occupation.


The Russian soldiers were put into a prison camp in Amersfoort and were treated horribly. Many died because of starvation, beatings and abuse.


Once the Nazi’s put the Russians together in a cage and threw in a piece of bread. They had a filmcamera ready to film the fighting that would surely begin, only it never happened. The Russian soldiers, despite their hunger, kept their humanity and divided the bread equally amongst each other.


The Russians who survived the hunger and the beatings were finally all shot in the woods and buried. That was the largest mass-murder in The Netherlands during the war.


The Americans who liberated Germany, also liberated the prison camps with the prisoners of war. Many of them were in such bad condition, they died in hospital, some hours or days after they were liberated. The 6th American army did not want to leave allies behind in German soil and took all of the deceased with them. In Margraten, in the south of The Netherlands in Limburg, the Americans made a huge cemetery for all the soldiers who died.


Later it was decided only American soldiers would rest here, so the other nationalities had to be moved. Since there was already a large group of Russian soldiers buried in Amersfoort, it made sense to bring all the Russians here.

During the cold war, there was little interest in this field of honour, but this has changed.
There is a wall surrounding the cemetery, as is custom in Russia. Every year, on the 9th of May, there is a ceremony of remembrance and flowers are placed on each grave. It is a very beautiful and peaceful place, and I love to see with how much respect these graves are treated.


Many of the graves are marked as ‘unknown soldier’, because we do not know who is buried here, papers got lost during the war. Many families in Russia never knew what happened to their father or son, who now rests in Dutch soil.

There is now a foundation who tries to find out the names of the soldiers and the families. This is a huge task, because so many papers got lost, both here and in Russia and of course it has been so long ago.

When I read the book about this, I was moved to tears and when something touches you like that, you have to act. I knew I had to do something.


So I adopted one of the graves.


The name of ‘my soldier’ is not know, we only know he died a few days after the war ended in a German hospital, where he had been a prisoner of war.
I am sad his family never knew and probably will never know what happened to him, but I am glad at least he died in freedom.


I try to visit his grave at least once a year and a few weeks ago, I went there again to place flowers on his grave and to say a prayer, in short; I paid my respects.
There is no English translation of the book, but HERE is the website for the foundation for the Russian field of honour with more information.
history personal Russia 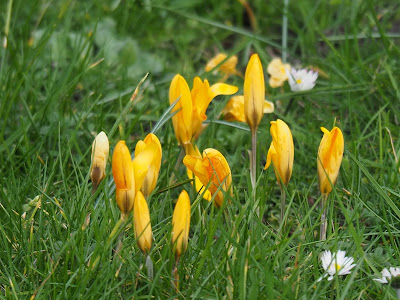 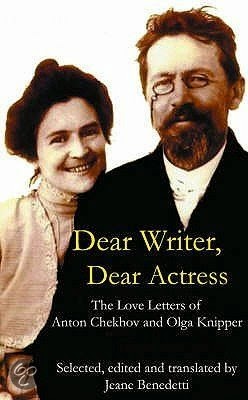 She was an actress who lived in Moscow for most of the year and he lived in Yalta due to his health. Often months went by without seeing each other, because he was not fit to travel and she had contracts in the theatre and could not get enough free time to undertake the long journey to Yalta.
During these long periods when they were apart, they wrote letters. Jean Benedetti selected and edited these, and translated them from Russian to English.
In her letters Olga worried about his health, Anton Chekhov wanted to know how things were in Moscow. Often their letters just crossed and sometimes some got lost for a while, making the other one worry about what would cause the delay. They did try to meet up, but often these plans came to nothing, because Chekhov became ill, or Olga had a contract for a new part in a play.
Communication was often difficult under these circumst…