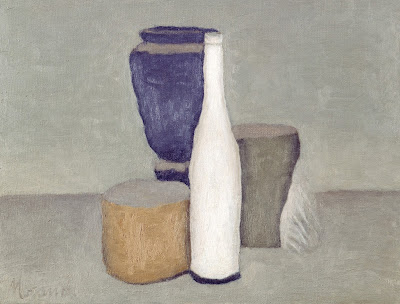 He was an artist who lived and died in Bologna. He did not travel or move away, he always lived in Bologna. Most of his works are still-life's like these, with the pots and the bottles he found in his own kitchen.