A few museums in Bologna

July 25, 2017
Bologna is a beautiful city, full of old buildings and loads of history, but at the same time it is a very lively and hip city, because there are so many students.

I spent 2 1/2 days there and of course there is much I have not seen, but if you go there, these are a few museums I really liked and that I recommend.

MAMBo
The Museum of Modern Art of Bologna is absolutely worth a visit. It has some beautiful works, both paintings and sculptures by 20th and 21th century (Italian) artists.
I especially loved the collection of works by Giorgio Morandi, he has now become one of my favorite painters!
Via Don Minzoni 14
Admission: 6 euro's. 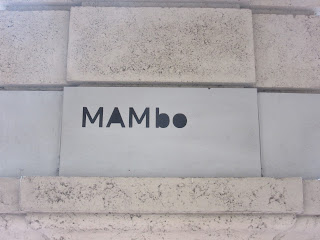 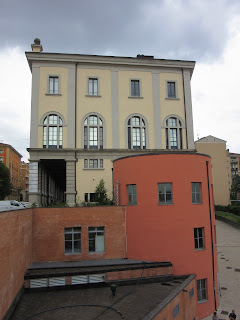 Museum of the history of Bologna
A very modern museum, that takes you through the ages of Bologna's rich history. It starts on the Etruscan road and it ends in the present, showing you how Bolgona changed and grew, and how important the role of Bologna was in earlier centuries. Very interesting and very well done.
I would advice you to take the audio tour, since all the explaination is in Italian, and the audiotour is available in several languages.

I would have loved to see more about the present time, especially the period of WWII (partisans) and the difficult years of the sixties, seventies and eighties (bombings). But perhaps this is still too close for some people to be completely open about it.

Museum of Medieval history of Bologna
I loved this almost oldfashioned museum. It does not have a clear route through the museum, but that adds to the fun, in my opinion. There are several rooms on different levels of this medieval palazzo housing a lovely collection of medieval books (breathtaking), armory, religious items, paintings and for example little statues carved from ivory. The items date from the early middle ages to the 15th century.
Each room hides treasures, and it is a surprise where you will end up. The courtyard is lovely as well. 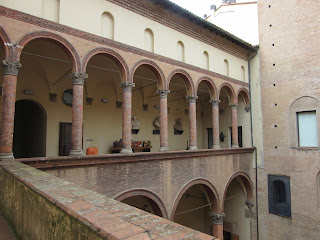 Zoological museum
Part of the University of Bologna and free of charge. It is in some ways a very old-fashioned museum, but that is for me part of the charm. It has just rows and rows and rows of glass cabinets, filled with stuffed animals. In that resepct it is also a history lesson of what academics in the 18th and 19th century  thought important and how museums have changed.

The ground floor houses the huge collection of birds, put together in the 18th and 19th century. These collections are grouped together by country or continent.
The first floor has the collection of mammals and some other species like fish, and on the top floor you find the skeletons of several species. Very interesting to see how actually, most skeletons are the same for each species. There is not much difference between the skeletons of a monkey, a cat or a human. 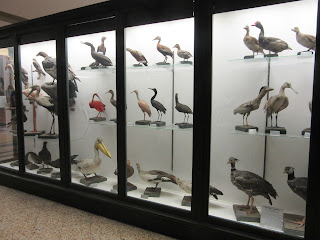 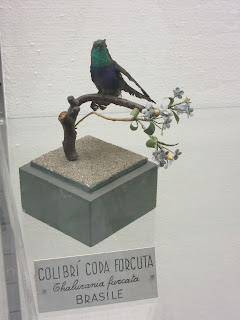