March 13, 2018
In the last week of February I was in the Abbey of Egmond for a couple of days. It is possible to stay as a guest in many convents and abbeys, since hospitality is something monasteries and convents take very seriously.
I wanted a few days to rest, and regain some energy.

The St AdelbertAbbey in Egmond is one of the oldest monasteries in The Netherlands. There was a monastery here already in the 10th century. Only it was burned down in 1573 when the protestants were fighting with Spain over control over The Netherlands.

For centuries all that was left of the monastery were ruins. But in the 20th century the monastery was rebuilt and in 1935 there were once again monks in Egmond. The monastery became an Abbey in 1950.

If you are a guest at the Abbey you have to respect the rules, like being silent in the halls and during mealtimes. But this is not difficult, I can assure you. 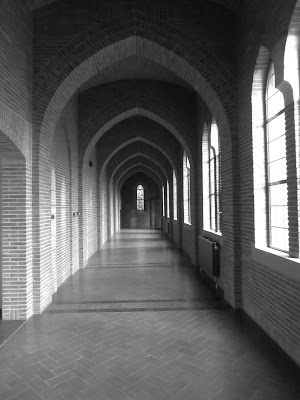 Also you have to follow the Liturgy of the Hours, the scheduled prayer times the monks keep during the days. This practise is almost as old as the Church, although there have been some changes during the centuries.

In Egmond the first prayermoment is at 6.00 am, and I can tell you it is wonderful to sit in that beautiful and sober church when it is still dark outside and the monks sing the psalms. 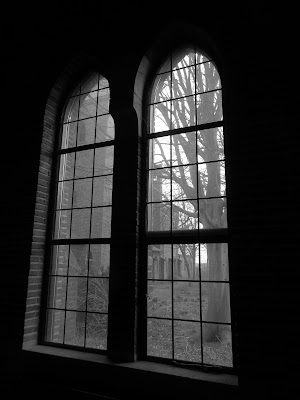 I loved being there and I am sure I will be back there again!