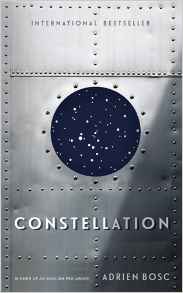 In 1949 a group of very different people met eachother. Among them were the boxer Marcel Cerdan who was going to America to win back his title and to meet his mistress Edith Piaf, but also the French violinist Ginette Neveu and her brother were there.

And other people like shepherds from Spain, a young girl on her way to meet her aunt and a man who hoped to reconcile with his ex-wife.

There was even a painter on board who should have left the day before, but who gave up his seat to an actress who had too much luggage.

All of them boarded the Constellation on the evening of October 27th to bring them from Paris to New York and their lives will be linked forever, because that plane crashed just before they had to land to refuel before they would begin their journey across the Atlantic Ocean.

Soon after all contact with the plane was lost, people feared for an accident and other planes began a searchparty. The remains were soon found, there were no survivors.

Constellation is the debut novel of Adrien Bosc. He does not only reconstruct what happened that night, but also tells us the stories of all those people who were on board. Yes, there were some famous people on board and a lot of attention went to them, but in total there were forty-eight people on board and this book makes sure they will not be forgotten.

The inquest into the planecrash was made difficult by the fact that something like a black box did not exist back then. They finally found out what happened by having another plane of the same type fly the same route, a shadowflight.

Adrien Bosc manages to bring the people on that plane alive, often in a touching way. The inquest is interesting and some of the mistakes that are made are very painful. This book won the Grand Prix du roman de l’Académie Française, Adrien Bosc is a new writer to keep an eye on!