May 28, 2019
When I was in Venice a couple of weeks ago, I wanted to visit the island of Torcello. This is where Venice began, so to speak. This is the island the people of the city of Altinium fled to when their city was sacked by Atilla the Hun in 452.

During the centuries to come, Torcello became an important island, where many people lived, where the bisshop had his seat and where there were fishermen and traders. More than sixteen monasteries could be found here and somewhere between 3000-10.000 people lived here.

In the 14th century the plague came to these parts and many people died, Also there was more marshland and fishing became more and more difficult. Slowly people began to leave Torcello to move to the other islands and to Venice.

Nowadays about 10 people live here, perhaps a few more. You only see a few houses, a couple of restaurants and an antique shop.

I must admit I was a bit disappointed when I stepped off the Vaparetto. I wanted to see the fields, but instead the entire group of tourists walked the same road along a canal. I was prepared to dislike Torcello, but then we came to the churches. 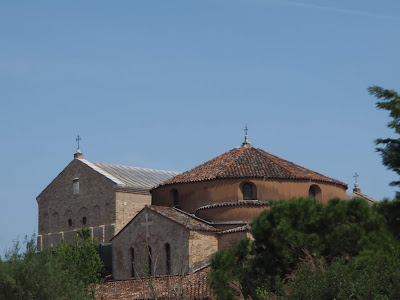 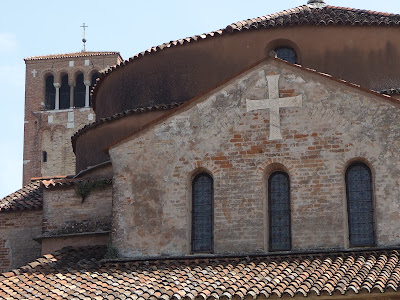 There are two churches here, one is a small round church the Santa Fosca, dating from the 11th century. It is small and has a wooden roof, and it really cosy.

The real beauty can be found in the other church, the Santa Maria Assunta, which dates back to 639. (how amazing is that!!) Of course there has been works done to the church in several later centuries, but the basis dates back 1300 years.
I loved standing in this church, and I had the idea I could shake hands with the people from the 7th century, stretching over the centuries.

There are some beautiful mosaics in this church, like in the San Marco, they used tons of little golden stones to make something spectacular.

Other amazing things on the island are the Throne of Atilla, standing on the campo before the church. This is not really Atilla's throne, it dates from after his death, and more likely it was used by the bisshop or the magistrate in public functions. 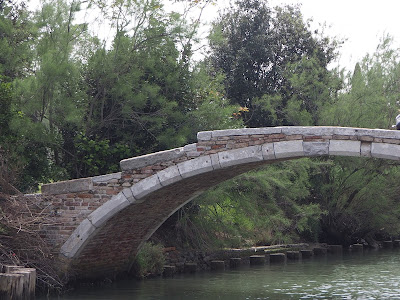 Funny is also the Devil's bridge. The devil is supposed to have built this in one night, as a bet. 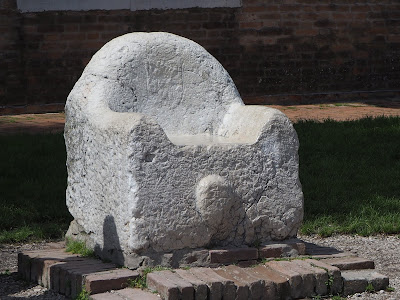 There is also a museum, but this was closed when I was there, so that is another good reason to come back here. (like I need a reason). 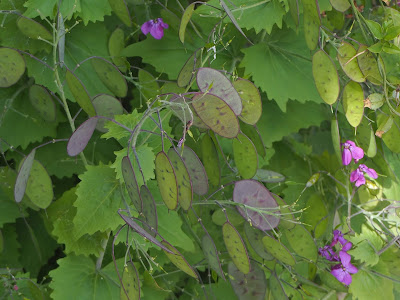