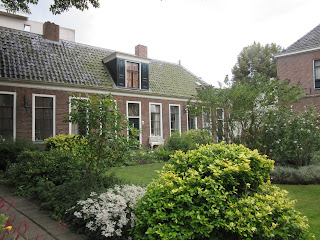 During the Middle Ages, but al the way up to the 19th century, little courtyards were built (hofjes in Dutch), for the needy and the poor.
A church, or a wealthy nobleman or a rich merchant could have a courtyard built and these were designed for a specific group, like widows, poor men, unwedded women etc, and often for a specific religious group (Roman Catholic in the Middle Ages, and after the 16th century mostly for various protestant groups)
The courtyards had a lot of small houses, often built in a square. There was a gate that could be locked at night and often there was also a church or chapel present, so the people who lived there could attend church. 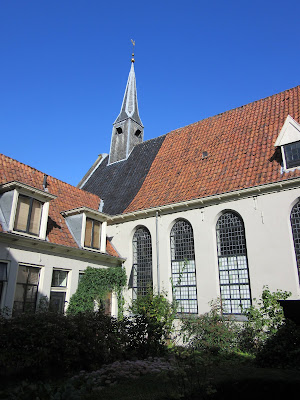 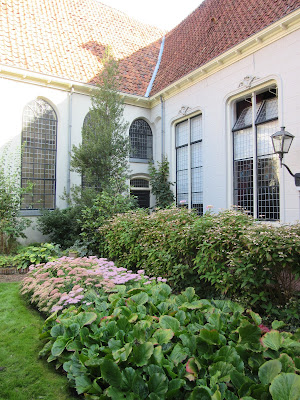 You had to abide by a lot of rules if you lived in a courtyard, no drinking, swearing or other bad behaviour was permitted. 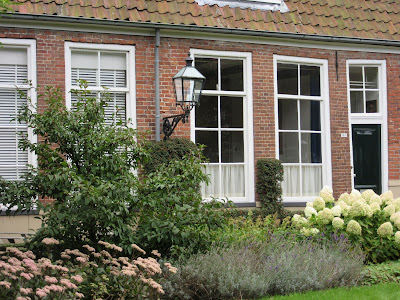 Nowadays, there are still courtyards in several cities and town in The Netherlands. You do not have to belong to a specific group anymore, and church attendance is also no longer necessary.
The courtyards are oases of peace and quiet in a busy city, and often lovely historical sights. The downsides of living here is that the houses are very small, and that they are monuments, so you have to be careful with redecorating and renovating. 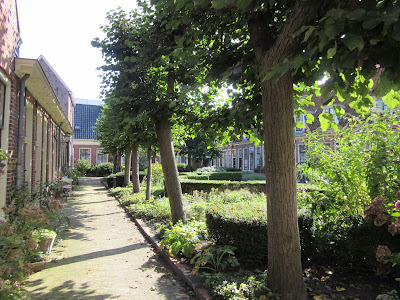 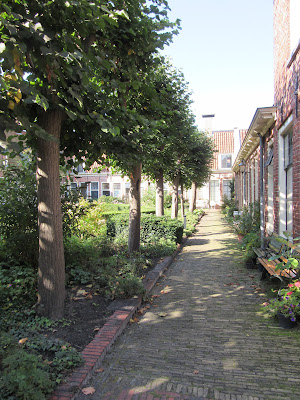 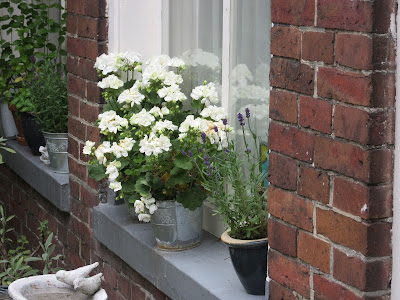 These photpgraphs were taken in different courtyards in Groningen.
history photography The Netherlands