In the 19th century it was not done for young unmarried women to walk on the streets by themselves. They had to be accompagnied by somebody else. Taking a bus or a tram on their own was also not proper. This constricted the freedom of women very much.

But then came the bicycle and this gave young women the opportunity to go out, and go to other places, not restricted by how far they could walk.

The bicycle also meant the clothes had to change, so they gave more freedom of movement. No more restrictions and no tight skirts or corsets anymore.

In the Singer museum in Laren is an exhibition about the modern woman, how the situation for women changed around 1900. I loved this painting and this print. The first is called Young woman with a bike by Jan Sluijters and is painted in 1910. 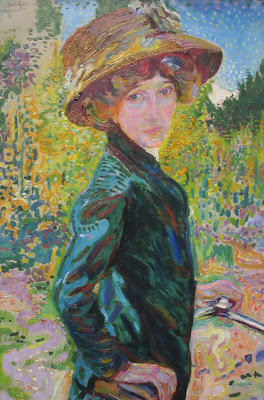 This one is an advertisment for bicycles from a factory in Amsterdam. The woman on the right is wearing reform-clothing, loose fitted clothes without a corset for women who wanted more freedom. It was made in 1896-1898. 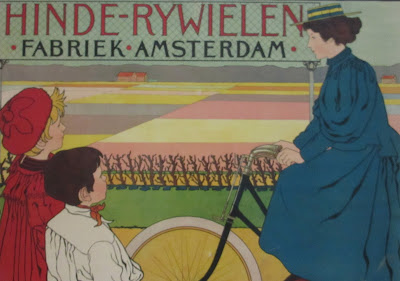