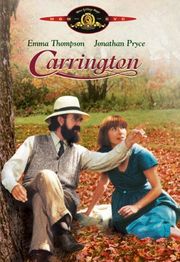 Dora Carrington was a painter in the years between the wars. She was not really a part of the Bloomsbury Group, but she had some connections with it. In 1995 they made a film about her life, with the wonderful Emma Thompson as Dora Carrington.


Carrington met the homosexual writer Lytton Strachey in 1916 and she fell in love with him. She knew he was into women, but she did not mind that. Lytton Strachey loved her very much, although he was not attracted to her or other women.
Their friendship went beyond a normal friendship and was not a conventional one. They lived together and when Carrington married Ralph Partridge, all three of them shared a house. Both Carrington and Partridge had several affairs, but the only constant love Carrington had was for Lytton. A lover once asked her to move to Spain with him, but she told him she could not go. Not because she did not want leave her husband, but because she could not leave Lytton.
In 1932 Lytton died from cancer en two months later Carrington committed suicide.


Only when they were together, Carrington and Lytton were happy. Carrington did everything for Lytton, by also knew he would never be really hers. Lytton loved Carrington very much, but knew he could not give her what she really wanted.
The final scenes of the movie are so very sad.
Carrington was a painter who made beautiful paintings, but for her the only thing that mattered was her love for Lytton, and when he was gone she could not go on, there was no point.


I looked Dora Carrington up on the internet and came up with some examples of her paintings, I think she was very gifted. Here are a few of her paintings I liked best. The first one is a portrait of Lytton Strachey. 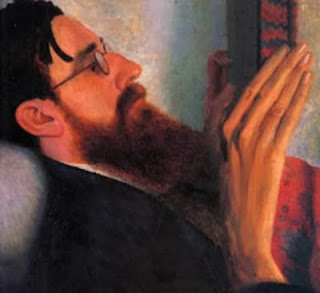 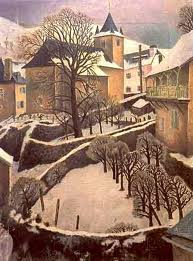 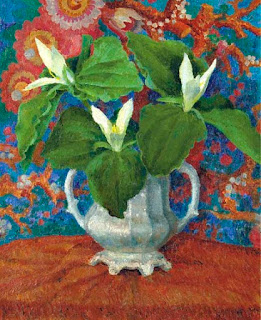 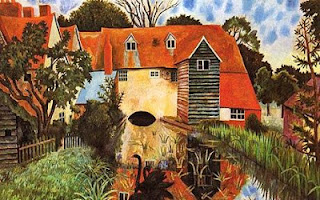 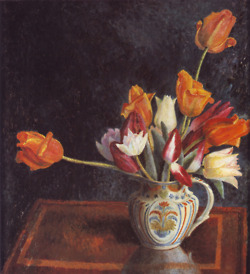