Today 32 years ago, Steve McQueen died in a hospital in Mexico. The ‘King of Cool’  was no more.
He suffered from cancer due to working with asbestos while he was in the Navy. Of course, years of smoking did not do him any good either.


Steve McQueen was an amazing movie star and the best paid actor of his generation. He played in movies that are still watched today, and certain roles he played are engraved into the collective memories of his fans.
So this post is dedicated to Steve McQueen. 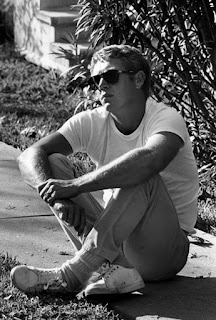