December 19, 2012
I live here in the middle of The Netherlands on so called 'new land'.  My province 'Flevoland' used to be sea, but after the Second World War they wanted to create more living space. Out of the water new land was made, and the city I live in began in 1975. So this city and I have the same age.
Water still plays an imortant part, as it does in all of The Netherlands. Close to my house there is a large lake and I love to go for walks on the dyke next to it. It is gorgeous in the summer, but also when it is a grey day like last week, it is still very beautiful.
It was cold, and you can see how much wind there was when you look at the water. Also notice the amazing sky, especially in the third picture. There is nothing as beautiful as a Dutch sky. 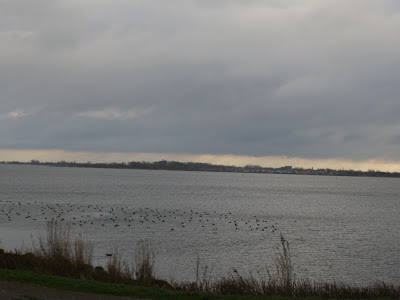 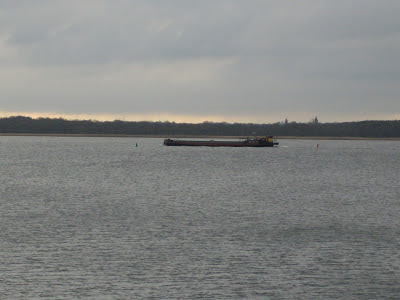 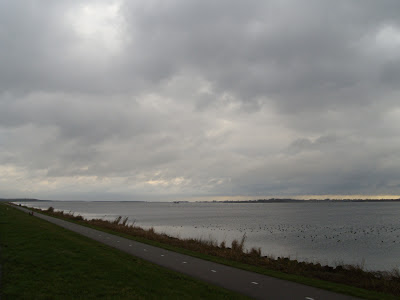 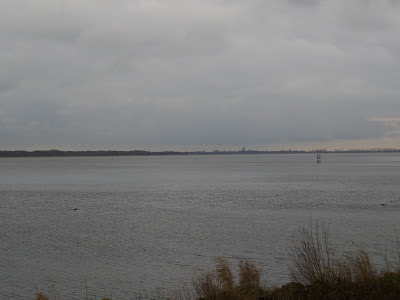 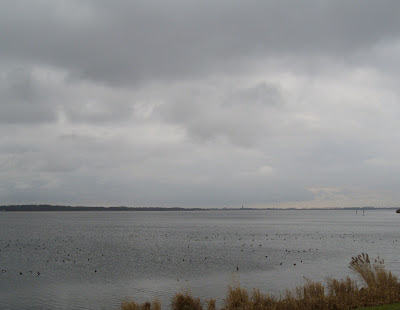