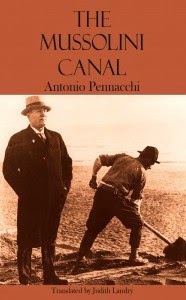 This is the story of the Peruzzi family. Peasants in the north of Italy. Many children, working hard all day long and always depending on the landlord.


Grandfather Peruzzi once helped the socialist Edmondo Rossoni during a fight, and they event went to prison for it together. Something like that creates a bond and a friendship was formed. Rossoni often came to visit and brought with him a socialist schoolteacher, with the name Benito Mussolini.


The Peruzzi’s were not that interested in politics, but because of their connections with Rossoni and Mussolini they also become socialists. After all, socialism fights for the peasants and the workers, so the idea is not that crazy.


The Peruzzi-sons fight during the first world war and experience first-hand that there is not a lot of appreciating for the soldiers and what they did when the war is over. When Mussolini starts his fascist-movement, the Peruzzi’s join. After all, Mussolini fights for the peasants and the workers and at least he appreciates the soldiers and what they did.
The Peruzzi boys are involved in everything, they were there with the March on Rome and they fight against the socialists.


When the family lose their farm due to the agricultural reforms, there is an opportunity for them. As former soldiers and good fascists they can have a new farm in the Agro Pontino. These marches south of Rome had just been drained under Mussolini’s order and the land was distributed under the farmers from the north, the pioneers. The family gets lot 517, next to the Mussolinicanal.

It is a hard life, everything has yet to be build and there are still many malaria-mosquitos. Still they all have hope they will have a better future here.
But in the meantime Italy invades Ethiopia and shortly after that WWII breaks out, and the Peruzzi’s play their part in these events as well, and that has consequences.


The Peruzzi family is full of eccentric and hot-headed characters and it is the clear the storyteller in this book is also a Peruzzi. He tells the story in his own way, and often chides the reader if perhaps he could raise some objections to a claim about one of the histories that are told. He tells the story the way he heard it and he tells it like he wants to tell it, basta.


Digressions, anecdotes and family-drama form the heart of this story, but also tell the story of Italy during the first half of the 20th century.


I read Antonio Pennacchi’s first novel Il fasciocommunista in English translation as My brother is an only child. The film Mio fratello è figlio unico is based on this book.
His own family were pioneers in the Agro Pontino and without a doubt he put some of their experiences in this story.


The Mussolini canal won the Premio Strego in 2010, the highest literary prize in Italy. That is no wonder, since this book is overwhelming, colorful and vivacious and it is impossible to put down.
For everyone who enjoys family histories, Italian history and great literature.