The day of the owl, Leonardo Sciascia 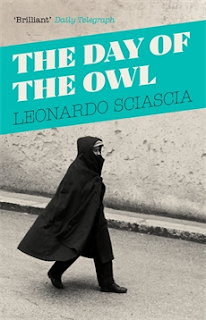 A man is shot, just before he steps into a bus. When the police arrives, there are no witnesses left. On Sicily people know better than to get involved in these things. The witnesses who did not manage to slip away on time did not see anything and know nothing.

The new captain of the Carabinieri must try to solve the case. He is not trusted much, since he is from the mainland and he used to be a partisan during the war, so he must be some sort of communist. Despite this the captain knows to get information and an informer even gives him two names. Unfortunately the informer is shot shortly after.

The interrogations continue, but everyone tries to wiggle their way out of it. And although the captain knows what happened, it will never go to court, since the people higher up the chain get involved and make sure there are alibis where there were none and witnesses come to the conclusion they were mistaken.

The captain hits a wall, the wall of not knowing, not wanting to talk and the refusal to acknowledge the mafia exists.

This book by Leonardo Sciascia was published in 1961. When you watch a modern series like Squadra Antimaffia, you realize nothing much has changed. The mafia still influences building, trade and politics and its tentacles reach all the way to Rome.

Leonardo Sciascia was born in Sicily and knew the influence of the mafia. At the end of his book he gives an afterword where he states that he was not so free to write this story as a writer should have been.

The day of the owl is a book about a murder and the solving of that murder, but it would not be fair to call this book just a thriller or a detective. The way is it written, the dialogues but especially the captain’s musings make it to a literary and often almost philosophical book.