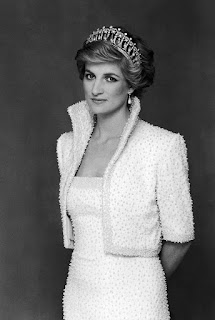 This weekend I suddenly realized that today it has been 19 years ago that Diana, Princess of Wales died in that carcrash in Paris, on August 31, 1997.

She was not a saint and made mistakes, but she was also a kind and generous woman, who did much to reach out to people. People with AIDS, the homeless, people who lost loved ones and others.
She also was very brave when she addressed the problem of landmines.
I think she changed the idea of the British monarchy and also how the monarchy operates, her influence here can still be seen today.

She was a truely beautiful and remarkable woman.
history