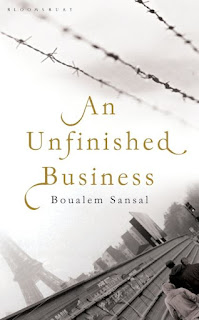 Two brothers, Rachel and Malrich Schiller have an Algerian mother and a German father. They grow up with their uncle in Paris. Rachel is doing well, he gets a degree, has a good job, a wife and a nice house. Malrich is the younger brother who is up to no good. He dropped out of school and just hangs around with his friends on the streets.

He sees things changing in their neighbourhood; men with long beards arrive who have new rules the young people have to obey.

At the same time in Algeria the fundamentalists gain more power (it is 1994) and Rachel and Malrich parents are killed. Rachel goes to Algeria to find out what happened, only he discovers that his father has a horrible past. He was a Nazi-war criminal who played an active part in the Holocaust.

Rachel tries to match this new information in his head with the image he had of his father; a stern man who was well respected in the Algerian village because he fought in the war of Independence in 1962, and frankly, he cannot handle it, the quilt he feels is too much.

A year and a half later Malrich finds out what was troubling his brother. He now has to deal with his
brother’s death, the inheritance of his father and the growing influence of the fundamentalists in the neighbourhood.

How do you deal with fact that this has happened and that your father, that you, are a part of the greatest evil that ever happened. Are you guilty as well and must you try to atone for it? Or must you try to see the bigger picture and try to do it justice, without losing yourself? And what do you do when you see the same kind of horror happening around you?

Boualem Sansan (1949) lives in Algeria and is known for his criticism of the Algerian government, and they do not like him very much for that. The government makes his life and that of his wife very difficult and his books are banned.

In this book Sansal draws parallels between Nazism and fundamentalism and does this brilliantly, first by switching terminology and later by being more explicit.

I loved the scene where Malrich tells his friends about the Holocaust and uses language they can understand by calling Hitler a Head-Imam.

Boualem Sansal once heard about a Nazi war criminal living in Algeria and in this novel he came up with the two brothers to show two different ways of reacting. Each brother has his own voice and his own way of dealing with everything.

An unfinished business won the German peaceprize in 2011 and this is well-deserved. Most of us will know about the Holocaust, but even for us this story brings new aspects. And in parts of the world where the Holocaust is not in the standard curriculum it is even more important to read this book. Because it shows us what happens when the government goes to war to all people who are not up to the standard the governments holds.

An unfinished business is a really beautiful book about family, love, forgiveness and guilt and I loved how it brought together history and current events. This won’t be the last book I have read by Boualem Sansal!