August 18, 2017
In the north of Paris is Saint Denis. This neighborhood is named after the first bisshop of Paris, Denis, who was murdered in 251. He was decapitated at the mountain where is now Montmartre, but took his head into his arms and walked to where he wanted to be buried.

A shrine was built over his grave and it soon became a place for pilgrims to pray. The shrine became a church with an abbey and a very powerful one.

There were several churches, each new one more beautiful than the previous church, reflecting the growing importance of Saint Denis. It became a church for the kings of what would become France. They choose Saint Denis as the church they were buried in.
Being connected to Saint Denis, and to their predecessors, gave each king and each dynasty more legitimacy.

In total there are 42 kings, 32 queens, 63 princes and princesses buried here and 10 people who played an important role in French history, like the Constable of France Bertrand du Guesclin! 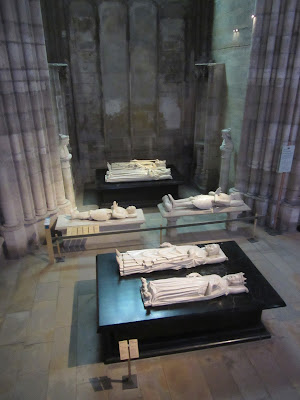 It was in this church that the Gothic building style began. Abbot Suger (1080-1151) of the Abbey of Saint Denis was an important man. Not just the abbot of one of the most important and rich abbeys of France, but also the advisor of King Louis I. He began to rebuilt the church to make it more fitting for the many pilgrims that came to visit and this is seen as the first example of what would be known as gothic style. 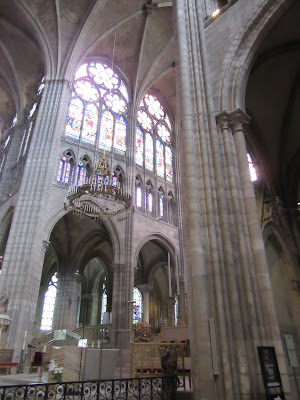 The church is very beautiful. As most gothic churches, it it high and light, almost higher and lighter than you can imagine from such a large stone building. 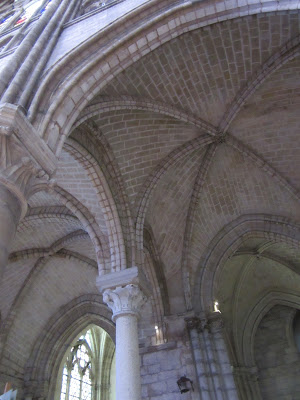 In the church you can find different tombs and grave monuments. It it exciting to see the grave of king Clovis (the first Frankish king to become baptized in 500), or that of Bertrand du Guesclin or all the kings that played a role during the Hundred Years War. And even King Louis XVI and Marie Antoinette are buried here.
The church itself has free access, but if you want to visit the part where the kings and queens are buried, there is an admissionfee of 9 euro's. Which is worth it! And do not forget to visit the crypt, that is also amazing to see.

Saint Denis is easy to reach by metro, just exit at the stop St. Denis Basilica.
More information can be found HERE 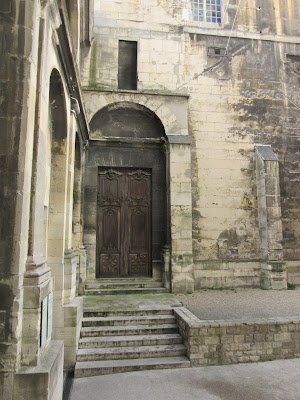