A church with a view 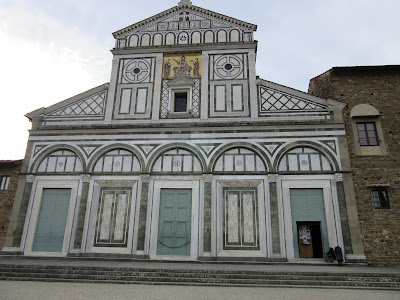 Upon a hill overlooking Florence there is a beautiful and old church, the San Miniato al Monte, Saint Miniato on the mountain.

It is a steep climb, but I love walking there, taking the long route along the windy roads and enjoying the views over Florence while I walk.

The church was built in 1050 for an Armenian merchant who was beheaded by emperor Decius in the third century and who became a martyr. 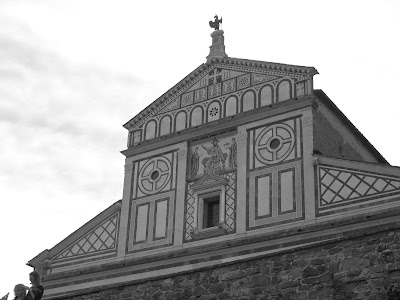 The front of the church is in the characteristc marble in white and green and black. The inside it also very old and beautiful and has for example a mosaic that dates from the 13th century. 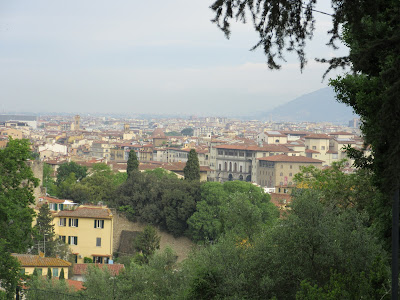