Agatha and the midnight murders (2020)

It is 1940 and Agatha Christie has money problems. Everybody thinks she is rich, but her American publisher does not pay royalties since the war broke out, however, she still must pay taxes. 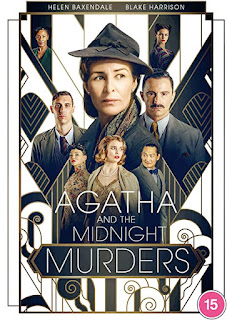 Her solution is to sell her manuscript of the final book she wrote about Hercule Poirot and she arranges a meeting with a rich fan at a hotel. She has and old friend with her to protect her, after all, 20.000 pounds is a large sum of money.

During the meeting in the lobby, there is an air-raid and all the guests must go into the cellars for their protection. Unfortunately it seems that there is somebody after Agatha, the manuscript and the money and it is no surprise that there will be some murders.

Who stole the manuscript, who murdered who and who can be trusted?

This is the third film in a series of films about Agatha Christie and her life, and events that could have happened. I enjoyed Agatha and the truth of murder and Agatha and the curse of Ishtar, but I must admit this third movie is not as good the previous two.

Helen Baxendale is good as Agahta Christie, but the other characters are a bit too much and too nasty, although I did like Blake Harrison as Travis Pickford (the friend who comes with Agatha to protect her) and Jacqueline Boatswain as Audrey Evans (a very competent woman).

On the whole the story is not very interesting, at least nor for the first half. I even began to think it was quite boring. It does get better in the second half and the end has a couple of twists I liked.

In short, the second half redeemed the film, but I prefer the other two films. 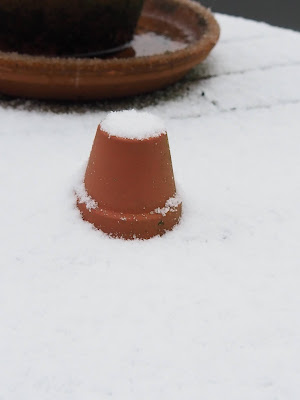 Last weekend we had one day with a little snow, but the next day it was almost completely gone again. So here are a few reminders of the snow. 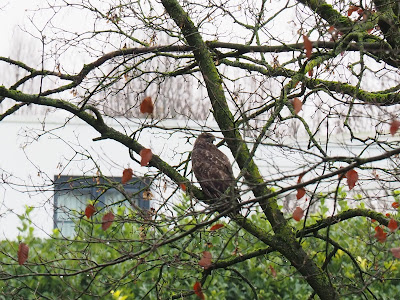 The worst bird-watching photo's ever (I think)

We have a few birds of prey here in The Netherlands and often I see a large brown one. I think this is a buizerd in Dutch, in English I think it is called a buzzard. (I am not a bird expert by any means, so if I am wrong, please let me know) Last Sunday, I was cycling, and I had my camera with me. Suddenly I saw this bird, and I immediately stepped off my bike, and took my camera. I did not dare to come too close, since I did not want to spook him (or her?). My camera has a zoomlense of 150mm, so that is not huge, and this is the closest I could get.  I tried to capure the bird with my camera, but it soon took off, and as you can see, the last pictures are horribly bad.  Blurry buzzard and a terrible composition. Why did I not manage to make a decent photograph of this bird?

Vanessa Bell was a famous English painter and the sister of Virginia Woolf. She studied art at the Royal Academy. When their parents died, Vanessa, Virginia en their brothers Thoby and Adrian rented a house in London, in Bloombury. The artistic and intellectual friends they made would form the Bloomsbury group. Vanessa married Clive Bell, and together they had two sons. Their eldest son Julian died in 1937 in the Spanish Civil War, and their youngest son Quentin would later help publish the diaries and letters of his aunt Virginia Woolf. The marriage between Clive and Vanessa was friendly, although they both took lovers. Vanessa had an affair with writer Roger Fry and then a long lasting relationship with painter Duncan Grant. Together they had a daughter Angelica, although she believed for a very long time that Clive was her father. Vanessa died in 1961. I am very interested in Virginia Woolf and recently I read the book 'Vanessa and Virginia' by Susan Sellers. That 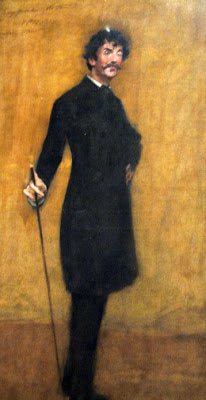