February 25, 2020
Last week I had a week vacation and I spend it all reading, painting the walls in my home and going to an exhibition. But most of all, I read!

And I read some amazing books!

Roth trilogy, Andrew Taylor
These books were published a couple of years ago, but I just recently discovered them because I saw the mini-series (Fallen angel) with Emilia Fox and Charles Dance. After that I knew I had to read the books.

In the first book it is 1995 and a young girl is kidnapped. Her kidnapper is a woman, named Angel.

In the other two books we step back in time, each book a little bit further to 1970 and 1958, and we see how all the people are connected and perhaps how a murderer is made.

Intelligent, well written and with a great underlying religious mystery of a herectic priest who did some nasty things in the nineteentwenties.
The three sperate titles are: The four last things, The judgement of strangers, and The office of the dead 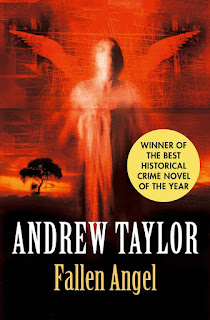 The five, Hallie Rubenhold
We all know Jack the Ripper killed five women in 1888, and often that is all that is said. This book does not focus on the murders, but on the lives of these women. It tells the story of Polly Walker, Annie Chapman, Elizabeth Stride, Catherine Eddows and Mary Jane Kelly.
It tells the story of five women who had to live in poverty and who had to deal with childloss, alcoholism, poverty and hunger and who deserve more than just to be known as prostitutes killed by Jack the Ripper. Fascinating, well written and a great work! 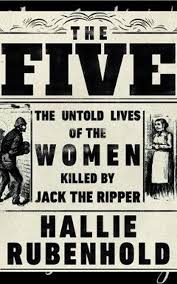 Encre sympathique, Patrick Modiano
This is the latest book by French author Patrick Modiano and I love his books very much. This one has all the classic Modiano-elements, but the story is again fresh and original and I loved it. Patrick Modiano in optima forma! There is no English translation yet, but I hope for you all there will be one soon. 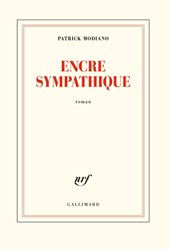 A long petal of the sea, Isabel Allende
About twenty years ago, I read a lot of books by Isabel Allende, but then I sort of lost sight of her. Last week I picked up this book and it was wonderful. It tells the story of the people who fled for the Spanish civil war in 1939 and who were brought to Chili by poet Pablo Neruda, who chartered a ship to bring people over.
These people built a new life, only to find themselves in another civil war when socialist president Salvardor Allende was killed in 1973 and the rightwing generals (Pinochet) took over.

It was moving, well written and I think I cried at least five times because it was so beautiful. Her best book yet.