July 10, 2020
For the first time since the lockdown (March 15) I went to an exhibition. This was in the museum Belvedere in Heerenveen, a town in Friesland, in the north of The Netherlands.
The went here because there is an exhibition about Edith Auerbach. She was born in 1899 in Cologne in Germany. Her father was a doctor and her sister was also interested in science, but Edith wanted to paint and draw. In 1926 she went to Paris and mingled with all the famous artists there.
Things were going well and she could even live from her art. But when WWII broke out, it was very hard for her. She was Jewish and her family in Germany had a hard time.
The French government arrested all Germans and put them into a camp, since they did not want enemies running around free. Unfortunately, they did not distinguish between Nazi collaborateurs, Jewish people or others. Being German was enough.
Edith was brought to a camp in the South of France, and the conditions here were terrible.
After the war, she never really recovered and new artists came go Paris, Edith never really connected with the art scene again.
In 1994 she died.
Het work and her name were almost forgotten, but a couple of years ago, a Dutch art dealer found her work in a flea-market in Paris, and this encouraged new interest in her work and life.
I read the book that accompanied this exhibition and this made me want to see her work.
I must admit I had hoped there would be more painings of Edith Auerbach, since I prefer paintings above drawings.
Her paintings from before the war are vibrant and colourful and I enjoy them very much. 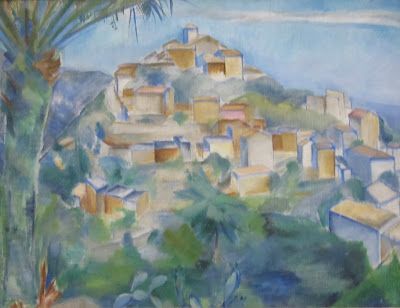 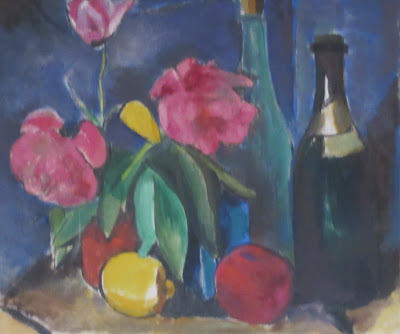 Edith also drew people, while she sat in a café or in one of the parks of Paris. 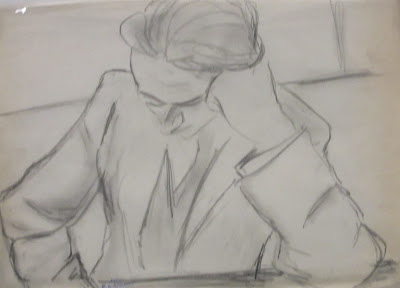 The exhibition is mostly made up with these drawings, that form a stark contrast with her paintings from after the war. As if to make you aware of the difference of the people who did not know what would come or what would be in their future, going about with their daily lives.
Her paintings with her memories of the time in the camp are very bleak and very, very moving. I could not watch these paintings for a long time, I had to walk away. (I had the luxury I could walk away).
I was very quiet when I left the museum, I needed some time to digest this and to compose myself again.
But I am glad I went there, I am glad to have seen these paintings. 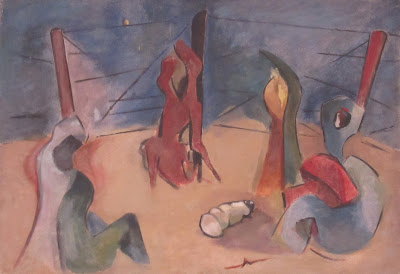 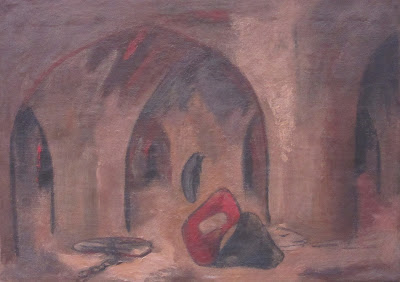 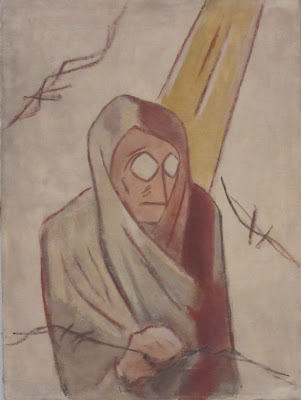