What have I been doing?

So far, 2020 is a difficult year. Despite all the stress at school and in the world I try to shield myself a little bit. I do not read a lot of news, I tryo not to get upset over the things I cannot change anyway and I watch good films and series and read amazing books to keep calm and get some energy.

Hopefully the museums will open again tomorrow after another little lockdown for the past two weeks, and if they open, I will visit at least two exhibitons soon, so more to come on that front.

What have I been doing lately? 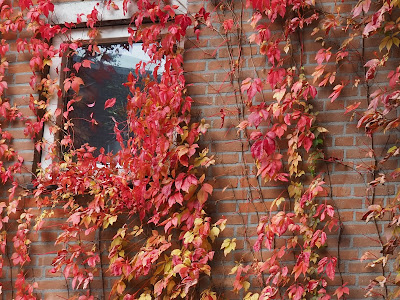 First of all, lots of walking! I try to go out most days, even if I just need to go to the supermarket and then I will take a detour so I can walk a little longer.
I have been watching some great Nicole Kidman movies, like Bombshell. This is based on true events and tells the story of a journalist Gretchen Carlson, who works at Fox News. When she gets fired, she accuses the boss of sexual harassment and at first it seems that she stands alone, but then others are also coming forward. Strong roles from Nicole Kidman, Charlize Theron and Margot Robbie.
I also just finished Big Little Lies season 2, which I liked. Was it necessary to make another season after season 1 was so amazing? Perhaps not, but I liked it nonetheless and Nicole Kidman is amazing (she is such a great actress), but Meryl Streep and Reese Witherspoon are also wonderful.
Then I watched the French series Les Témoins, a police series that is compared to series like Broadchurch and The Killing. It is set in a coastal toen in Normandy and I loved series one. Strong and good female lead, interesting story and on the whole very good. Series two was a dissapointment. I did not care for the lead's struggles with her teenage daughter, and she ended up acting so unprofessionally it became ridiculous.

Then the books. I have read some really great novels and books by French authors. I just finished The years by Annie Ernaux and I loved it. It tells the story of the generation that was born in WWII, and how things change for them.

I also read We still have words by Georges Salines and Azdyne Amimour, two fathers who talk to eachother abvout their children and their lives. The daughter of George was killed during the attack on The Bataclan in Paris in November 2015, and the son of Azdyne was one of the terrorists. Beautiful and inspiring and full of hope. I was very moved by this book

After three years I reread The years by Virginia Woolf, and this time I liked it so much more. And I read Mrs. Dalloway, conforming how much I love this book. I must admit I prefer reading Virginia Woolf in Dutch translations, since I do not think she is an easy writer. Reading in English would give me an extra hurdle, while in a Dutch translation I am able to enjoy her style and the story much more.

And finally I am reading Mansfield Park by Jane Austen for the first time, trying to finish my Jane Austen project before the year ends. After this one I only need to reread Emma, and then I am finished.

In the meantime, I have my sewing project and my French lessons (love it), and all of this is enough to keep me occupied when things get rough. We all need something to keep ourselves grounded!