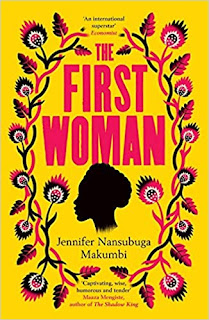 This is the story of Kirabo. A young girl in Uganda who grows up with her grandparents. She does not know her mother and her father lives in the city. Kirabo is a bright girl and she knows there are things she is not told. She even visits the witch of the village to see if she can give her information about her mother, even though there is a rift between the witch and Kirabo's grandmother the seize of the ocean.

When Kirabo goes to high school, she moves to the city to live with her father. Her father has not told her he has remarried and Kirabo has siblings. The relationship between Kirabo and her stephmother is not good and when she is admitted to the prestigious school Saint Theresa, it is a relief for everybody.

In the meanwhile there is a family tragedy and choices made by other people that have a profound impact on Kirabo's life.

All this is set in Uganda in the seventies and eighties, the years Uganda was ruled by dictator Idi Amin and the years after his rule when Uganda had to recover from his brute regime. I loved how suble this was, every now and then it is mentioned that the father of one of Kirabo's classmates has disappeared, or that there is shortage of food, and that gives you the background you need.

The story of Kirabo is not just of a girl growing up and wanting to find out more about her mother, it is also about finding your place in a changing society, where the difference between city and country is enormous. In the country you are rich when you have land, like Kirabo's grandfather, in the city it is all about European furiture and speaking English.

Uganda has traditionally a clansystem, where the children are members of the clan of their father. Their mother has no claim to them. It makes sure land will stay in the family, but it also places a woman at the mercy of her (husbands) family. Kirabo is lucky her grandparents think it is important that girls get educated as well, but this is not always the case.

It is the stories that are important and this book is a wonderful mix of Kirabo's story, of the story of the people of Uganda. It has a lot of layers and slowly, more and more reveals itself while you read. It took some concentration to get into the story, since it has a lot of Ugandan names and words, but if you just let it happen, The first woman will take you only to release you hundreds of pages later.

I loved this book and I am glad I also have Kintu here, the first book Jennifer Nansubuga Makumbi wrote, because I want to know more of her work.