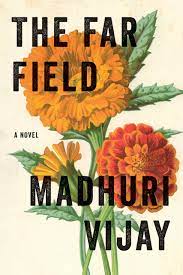 Shalini is a young woman who grew up in a privileged family in Bangalore, in the south of India. When her mother dies, Shalini finds it hard to find her own way again. Her mother was not an easy woman and the only person who really understood her, was Bashir Ahmed, a clothes salesman from Kashmir, in the north of India. Every now and then he arrived with a sack full of clothes on their doorstep. Her mother never bought anything, but she enjoyed his company.

In the spur of a moment Shalini decides to go north and find Bashir Ahmed, in the hope he can help her deal with her grief and the loss of her mother.

Unforunately the situation in Kashmir is not easy. One part of the region is governed by India, the other by Pakistan, and there is constant unrest between the Muslim people who live there and the Indian Hindu government.

When she arrives there and finds the village Bashmir Ahmed came from and where his family is, things will happen that have grave consequences for all the people involved.

The far field is a beautiful novel. It is well written and has an interesting backstory. I like how nuanced the characters are and how not everything is solved in the last chapter. And not everything turns out alright, just as in real life.