October 26, 2015
In the past months I read several modern Italian classics and of course I also had to read some books by Italo Calvino. 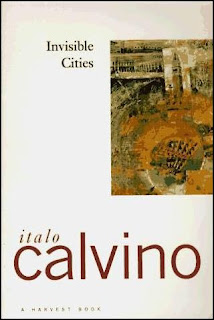 The first book I read by him was Invisble cities. In this book Marco Polo describes several cities he visited to Kubla Kahn, the Tartar emperor.

Perhaps I began this book with the wrong assumption, I thought I was going to read a historical novel, instead I was stuck with descriptions of invented cities.

I knew Italo Calvino used a lot of magical-realism in his work and normally I do not mind this when it is done in moderation, but I am afraid in this work it was too much for me. I think there will be many people who will enjoy this book and the fantasy in it, but this is not a book I enjoyed, I do need some storyline.

I also had The path to the spider’s nests. This was his first published book and it does have a storyline. I must say I enjoyed this a lot more than the previous one. 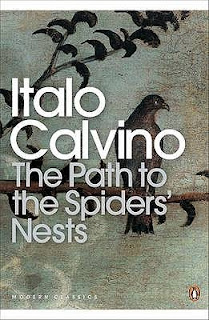 There is magic in the book. The main character is Pin, who is alone in the world. His sister is a whore and does not bother with her younger brother. Pin knows too much of the world of the grown-ups for the children to like him, but he is still a child who does not understand everything he sees and hears.

When he feels lonely, he will go to the path near the river where the spiders build their nests.

The adults in the café tolerate Pin, but they also use him. They make him steal a pistol from a German soldier who visits his sister. Pin is arrested and ends up in prison. He escapes and joins a group of partisans, full of weird characters. Again it is difficult for Pin to join in, since there is so much he does not understand.

Italo Calvino brings Pin to life in a beautiful manner. He is not a very nice boy, but you cannot blame him, with his background. The loneliness and the sadness in Pin still make you care for him. The only thing he wants is a friend who cares for him and to whom he can show the spider’s nests.
The path to the spider’s nests is beautiful and funny and with a main character that you will like despite himself.