Exhibitions I am looking forward to

February 19, 2016
We have some great museums here in The Netherlands and they have lined up some pretty amazing exhibitions for the coming months. I am looking forward to visiting a lot of them, or at least as many as I can! My goal is to visit at least one exhibition per month, and I do not think it will be a problem. The only problem I will probably have is how I fit all of these into my schedule!

Van Gogh museum, Amsterdam
Prostitution in 19th century Paris
This is an exhibition I actually stood in line for when I was in the Musée d’Orsay in Paris last October. But I had a bit of a headache at that moment and decided to step out of the line. But it seems that I will get another chance, since this exhibition about prostitution in Paris in the 19th century will be in Amsterdam from next week.
Painters like Toulouse-Lautrec, Manet and Van Gogh painted the prostitutes, but there was also the harsh reality of the brothel or the prison for these women.
19 Februyary to 19 July 2016

Hermitage Amsterdam
Catharine the Great
Catharine the Great of Russia was one of those empresses who speak to our imagination. She ruled Russia with a firm hand, reformed many things, had lovers and wrote with Voltaire and Diderot. She was also very interested in art and collected many paintings, statues and other objects.
In the Hermitage in Amsterdam there will be a huge exhibition of the many pieces of art in Catherine’s collection.
Spring 2016 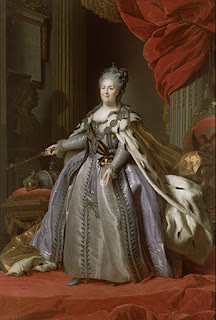 Catharijneconvent, Utrecht
Saint Francis
Francis is one of the most popular saints in the Catholic Church. Who was this man from Assisi, how did he live, what was his influence and what did he achieve?
In one of the most beautiful and religious museums in the Netherlands there will be an exhibition about this very special man and his life.
5 March 2016 to 5 June 2016 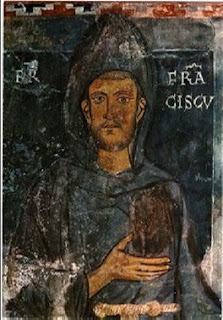 Singer Museum in Laren
French Modernists
In this small but great museum there can bes een an exhibition with Works from Derain, Bonnard, Marinot, Matisse and Dufy, to give you a good idea of the French modernist art movement. This exhibition was done in collaboration with the Musée d’Art Moderne in Troyes.
22 April 2016 to 28 Augustus 2016
Museum de Fundatie, Zwolle
Wild men in De fundatie
The German expressionists of the first half of the twentieth century who collaborated in the Brücke and Der blauwe Reiter wanted to invent a new form of art.
They wanted to show their feelings, in bold colours and strong abstract figures.
In this exhibition the focus will be on the movement as a whole, rather than on a period or a single artist, to give you a good overview of the movement and their influence on the art world.

In Groningen in the Groninger Museum there is the second half of this exhibition, with works from the German neo-expressionists from the eighties. 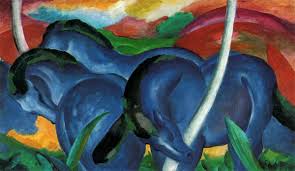