I love a good re-telling of old stories and in the past months I read three books that cover Greek myths and history.

The first are two books by Pat Barker: The silence of the girls and The women of Troy. The Trojan war is a famous story about the ten years war between the Trojans and the Greek. In a war it is always the women who suffer. They see their husbands, fathers and sons going to war, they have to keep the home fires burning and they are the ones who pay the prize after the war is lost.

Homer does not really talk about the women, but Pat Barker does. She writes the story of Briseis, the Trojan Princess who was given to Achilles as tribute. She is no longer free, but a slave and she has no control over her destiny.

When king Agamemnon is forced to give up his slave-girl, he demands that Briseis is given to him. Achilles is so outraged by this, he refuses to fight. Only when his best friend Patroculus dies, does Achilles take up arms again, with terrible consequences for the Trojans.

In the meanwhile, the Trojan women in the Greek camp have to come to terms with their new circumstances.

In the second book, The women of Troy, the story is after the war is lost by the Trojans. The Greek have slaughtered all the men, and all the women are now slaves. The Greek are desperate to return to Greece with their spoils, but the Gods do not give them good winds to sail. What has happened that the Gods are angry, has it to do with the corps of King Priamus of Troy that is not buried? And what is in store for the women? 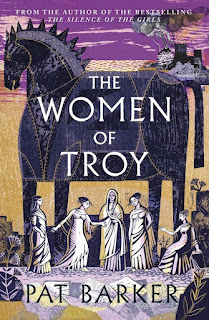 I loved these books very much. The first is an excellent new look on the old story, and I loved how Pat Barker catches the character of Briseis. The second book has a smaller story, as it is set in the weeks the Greek cannot sail and the tension is mounting. It is a bit more claustrophobic.

I personally loved the first book a little bit more, but both books are excellent and I really recommend them. 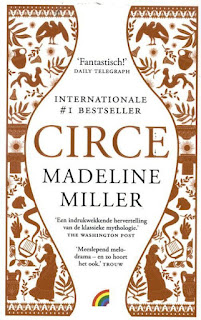 The third book I recommend is one of the best I read last year and this is Circe by Madeleine Miller.

Circe is the daughter of a nymph and Helios, the Sun God. She grows up at the court of her father and her siblings, but for the Gods and demi-Gods Circe is too ugly and boring. Among those who are immortal, kindness or humility are not easily found.

When Circe changes the fisherman Glaucos into an immortal en also changes her sibling Scylla into a sea-monster, Circe is punished. She is removed to a remote island and has to spend the rest of eternity here.

It is here Circe can hone her skills and becomes a very powerful witch who is even capable of defying the Olympian Gods. Only when Odysseus, the hero of the Trojan war, comes to the island, Circe will learn what it is to have company and perhaps even what it is to be human.

Madeleine Miller also wrote A song for Achilles, which I loved. This book is absolutely beautiful. Circe really comes to life on the pages and the story is engaging and takes you in completely. 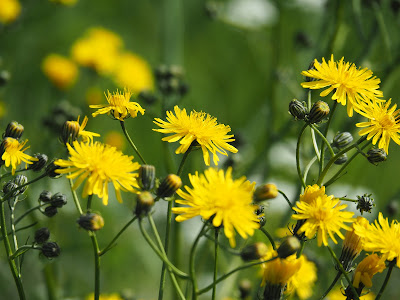 Just a few photographs I took this weekend during some tours on my bicycle. I love the Spring. These past weeks have flown by, I really do not know where the time is going! I thought it was time for a little check-up, what have I been doing these weeks? Well, at the moment I am enjoying the Mayvacation, necessary to get some rest and some needed energy.  Books These weeks I read all the Frieda Klein books by Nicci French again. I love this series and I love Frieda Klein as a main character.  I also read Miss Dior by Justine Picardie which I absolutely loved and I will write a seperate review later.  Films and series I watched the 6th season of Vikings and this was alright. It was not the best season, but it had good moments and I love having the story complete. I also watched one episode of Once Upon A Time season 7 and I hated it. I loved the entire series, but I will leave season 7 alone.  I thoroughly enjoyed The Borgia's , with Jeremy Irons as Pope Borgia. It was not very historically correct, but the visuals were great and Jeremy Irons is amazing in everything he d