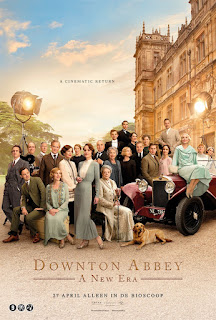 Last week I went to the new Downton Abbey film: A new era. I loved all the series and the previous film, and I must admit I absolutely loved this new film even more. It is not an original story, it brings nothing new, but it is a delight if you are a Downton fan.

The film begins with a lovely wedding and then the dowager Duchess reveals she was once given a villa in the south of France and she wants to give it to her great-granddaughter Sibby.

On Sibby's behalf Tom and his wife, the earl and countess of Grantham and Lady Edith and Bertie (who really is a very kind man) travel to France to see what it is all about. Over there they find a little mystery, was there perhaps more to the gift of the villa than the dowager told?

In the meantime lady Mary stays at Downton because a film will be shot there. This will bring enough money in to repair the roof. Of course there are also all kinds of complications here, but it all ends well.

The story is lovely, the costumes are to die for and on the whole this film brought all storylines to a nice and neat ending. I do not think there will be another film or series after this (although you never know, perhaps one series set in the thirties during the economical crisis and that master George runs away to Spain to fight in the Civil war or something like that).

In short, if you are not a fan and if you have not seen the series or the previous film, I do not think this movie will appeal to you. But if you are a fan, you will love it. As did I.

(fun fact, I spotted another House of Eliott coat during the first scenes of this film. Isobel wears a coat Beatrice once wore. I always spot House of Eliott clothes, I loved that series so much. And it is so much fun still seeing clothing popping up every now and then). 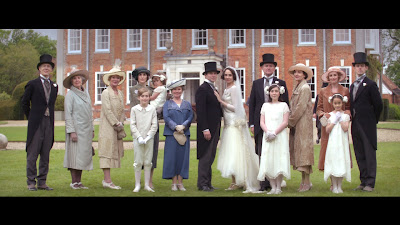 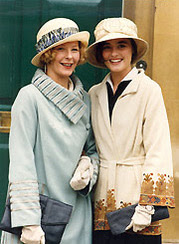